Destroying Angel is named after one of the world’s most deadly poisonous mushrooms. Attempts to consume this bot could result in acute robotic toxicity and deactivation.

Destroying Angel is a “sportsman” class 30 lb combat robot designed initially for DragonCon’s Robot Battles 2015 by HaLuCyNation (Hanna Lin, Lucy Du, Cynthia Lu). While the primary weapon of Destroying Angel is a speedy flipper/lifter arm with barbs, the whole robot can also double as a wedge due to its extremely low profile. 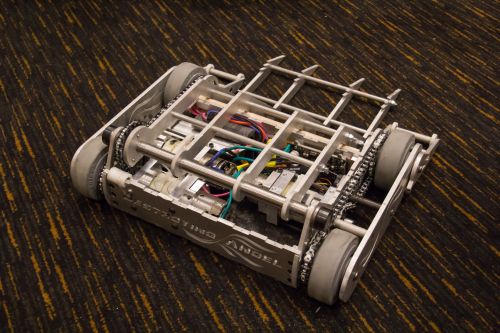